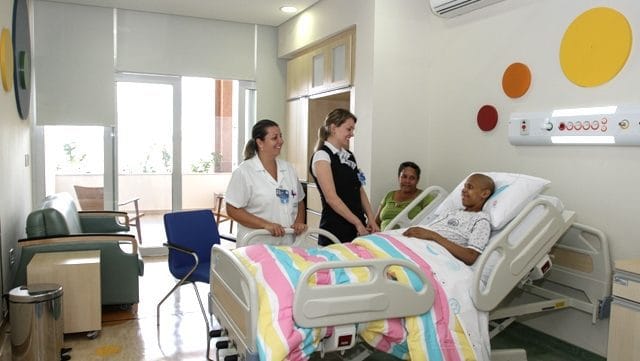 *The following article featuring work done by Wikoff Design Studio at Hospital de Cancer de Barretos has been translated from Portuguese to English.  The original article can be seen here. 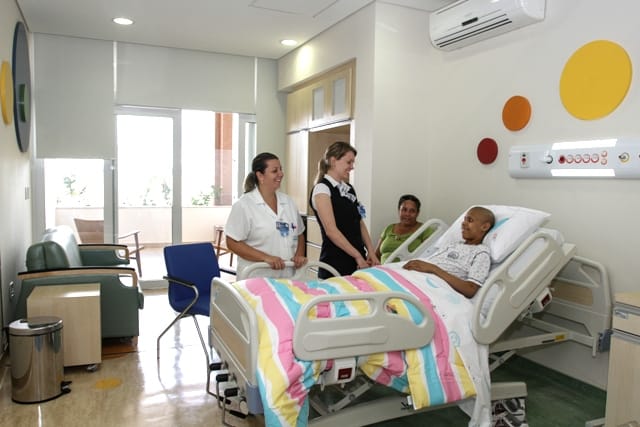 Hospitalization, ICU and Surgical Center Cancer Hospital Children and Youth will be inaugurated on March 23

On March 23 will open one more step Cancer Hospital Children and Youth President Luiz Inacio Lula da Silva. The area of 4,511 m2 and will house the Surgical Center ICU hospitalization.

The surgery center has two operating rooms, one of them called “integrated living” with an MRI machine coupled and neuronavigation system, a differential that will allow the use of images made pre, intra and post operatively. The technology is used to guide the neurosurgeon during surgery, enabling a safer approach to the injured tissue, preserving healthy tissue. Thus, the surgeon can remove a larger amount of the injured tissue without causing sequelae to the patient, which is essential for children and adolescents.

The investment in this new area was R $ 30 million, proceeds from donations from individuals and corporations (waives tax – through the Law of Children and Adolescents) and also television campaigns, where people can make donations through links telephone (0500).

See how was the inauguration of the first part of the Hospital Children and Youth: